No managers in company - 3 ways of decision making 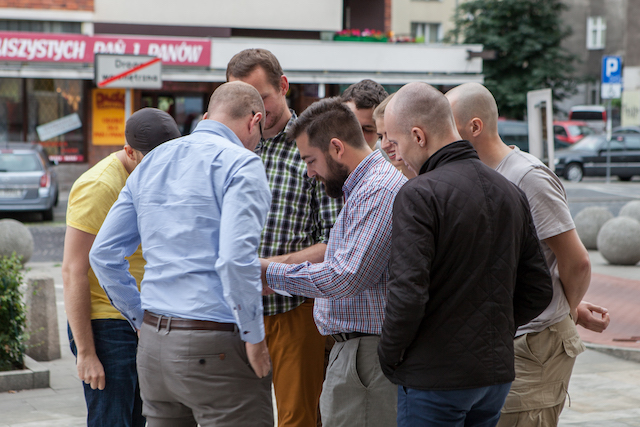 There are many differences between flat organization and hierarchical organization, but in my opinion, they have one source: a place where decisions are made.

Hierarchical organizations feature a developed managerial body. In such companies, executives and managers are responsible for making decisions which have an impact on the company and their subordinates.

When it comes to flat organizations, their organizational structure [has] few or no levels of middle management between staff and executives (Wikipedia). This does not mean that such companies make less decisions, but only that some of them are directly assigned to the employees or the self-organizing project teams.

SoftwareMill – a company with 40 CEOs

The SoftwareMill case is extreme. We use open allocation (employees can move between teams at will). Moreover, we don’t hire managers at all, while the owners (who are also members of the management board) work on projects, similarly to other employees. Within the scope of our flat organization, everyone can make a decision – each member of our company is a CEO (although in formal matters, only the Management Board is authorized to represent the Company). Currently, there are 40 CEOs and it’s fun to work in SoftwareMill.

Flat organization was introduced in 2013 when the team consistedof 20 people and we were preparing for further growth of our company. You can read more about the reason for introducing flat organization at SoftwareMill here.

Along with a flat organization, we have also introduced full transparency (including financial transparency) for the members of our company and we have disclosed the insider history of our company’s management. In our opinion, the knowledge about finances and the vision of company management in the previous years, facilitates to manage for the new CEOs.
Additionally, at SoftwareMill we follow the keep it simple rule. In practice, it means that we limit the internal codes and procedures to a minimum and if they are created, then they result from a common concept. The conditions seemed to be encouraging for independent decision making. We assumed that possible results of introducing flat organization will be visible right away. And so they were, but in a slightly different manner than it was idealistically assumed.

We have always believed in the potential of the SoftwareMill team. Nevertheless, it turned out that after introducing flat organization, certain side effects have occurred. After a joint analysis of the situation, we have identified three areas which caused the decision-related chaos:

The above problem areas turned out to be strong barriers in smooth company management, but despite that, the new CEOs did not reverse the decision on introducing flat organization. In our opinion, a company with flat organization has many advantages, and, most of all, allows the company to scale without the need for employing managers. Nevertheless, just introducing flat organization will not cause the entire company to become a self-organizing business right away. The new CEOs faced the first challenge: finding a solution for the above barriers in making decisions. 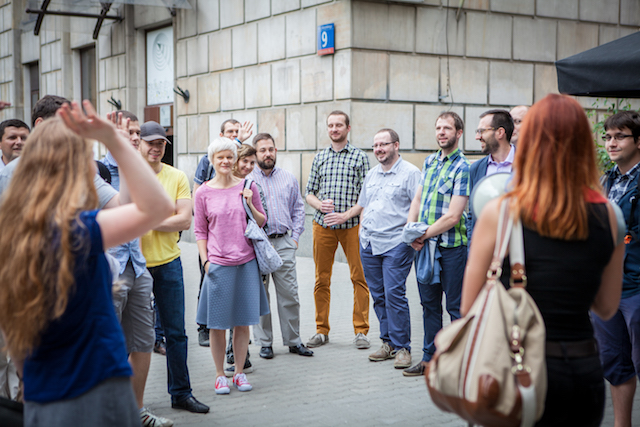 We decided that flat organization at a company cannot only be a slogan. According to the above-mentioned rule ‘keep it simple’ and Agile approach, we launched a corrective process. We introduced a register of strategic decisions, and in an internal repository of company knowledge, we keep all the best practices. We did not create separate procedures or codes but despite that, we know how to proceed so that SoftwareMill can develop. During several months of discussions on the actual functioning of the company within flat organization, we established solutions which are still being improved:

SoftwareMill is becoming a self-organizing company and decisions are more and more often made without any participation of the management board. Nevertheless, it is the management board that is responsible for the company’s operations, so, the company owners, by introducing full transparency and flat organization, reserved the power of veto in decisions made at the company. This is a sort of a safety anchor, which, however, has not been used yet.

Introducing flat organization and full transparency (including financial transparency) at SoftwareMill was the reason for a decision-making chaos at the initial stage. The organizational culture contributed to a change in the situation, which supported independent decision making or creating work groups - in case of strategic decisions. People who give advice to others are are expected to get involved in the decision-making process.

We are convinced that introducing flat organization had a positive impact on the company’s development and relations in our team. This model has been scaling along with the company’s growth. Decisions at the company are made quickly. They are made by our team, both individually and in groups, in most cases when problems or challenges appear. Furthermore, we think that the decisions which have been made until now by our team members, have been good decisions. Each team member of SoftwareMill deserves to be a CEO.

How are decisions made at your company? Share your experience!