The final version of Scala 3, the single largest revision to language in more than a decade, is here, and we’re more than excited!

Scala offers a lot in terms of creating more complex abstractions that come with the functional aspect of the language. By promoting immutability and other functional programming concepts, it naturally encourages developers to build systems that scale easily, even in a distributed environment, and have a clean and well-organized architecture.

The business likes Scala as well. It is a prime language for tinkering with data and getting actionable insights. The event sourcing model, which is closely tied with immutability and functional programming, is a natural fit for many tech companies. Giants like Apple, Linkedin, Morgan Stanley, and Netflix are some of Scala prominent adopters and use Scala to save resources and model difficult business domains precisely.

Demand for Scala programmers is growing and now they have an even better tool at their disposal. Let’s find out more about Scala 3! 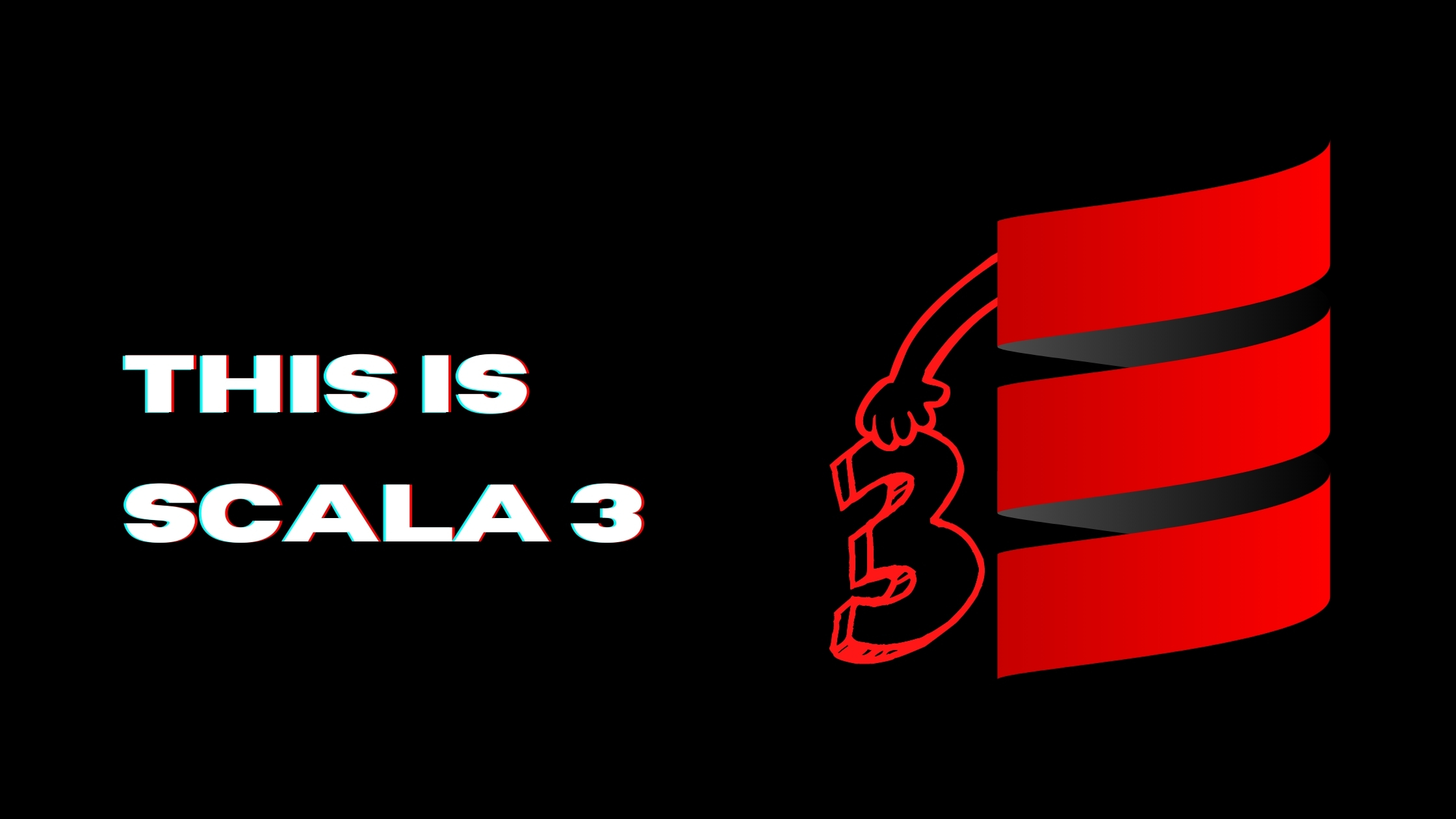 The new update makes Scala more user-friendly and removes some complexities from the syntax. It introduces a multitude of changes and promises to make Scala more usable than ever. In this blog post, Mikołaj Koziarkiewicz has subjectively selected several language features in Scala 2 and explored the equivalent features of Scala 3. He talks about ambiguous underscores, implicits, and enums.

There are also notable features being removed in Scala 3. Here are some of them, highlighted by our Senior Software Engineer — Jacek Kunicki:

There are also a couple of deprecated features — they’re still there for now, but will be removed in future releases. Among those, you can find:

Back in March, we dived deep into pre-release and picked the things we really like in Scala 3. Here are short video presentations and coding-sessions where we play with Scala 3 code and features.

Context functions are some of the new additions to Scala 3. They allow interaction between two other Scala features: functions-as-values and implicit (given) parameters. How to use this construct? What might be the potential use-cases? Watch the video and read this blog post by Adam Warski.

Opaque types are a new tool to the Scala Developer modelling toolbox. Types are a programmer's best friend. In the pursuit of a perfect world, we try to model our domains in such a way that the type system makes incorrect data impossible. In Scala 2, we have tools like type aliases, value classes, or Refined Types. In Scala 3, there's something new for this purpose — opaque type aliases. Magda Stożek explains what they bring to the table and how they can make developers' lives easier.

Implicits are, at the same time, probably some of the most hated and the most used features in Scala. They are incredibly useful if you know what you’re doing, but incredibly frustrating when you don’t. For developers new to Scala, implicits are often arcane enough to even discourage them from using the language — especially when they realize that “implicit” can mean at least half a dozen different things. It’s no wonder, then, that implicits were the subject of a considerable overhaul of Scala 3. Watch Mikołaj Koziarkiewicz’s talk about what has changed in this matter with the introduction of Scala 3.

Other useful changes in Scala 3

The Scala Team at @scala_lang has prepared a guide for developers new to Scala — Scala 3 Book and some detailed materials that help everyone get familiar with the new version: Migration Guise, Syntax Summary, and Language Reference. The official announcement of what’s new in Scala 3 is posted here. And here, you can find the community build.

The Scala Times newsletter celebrated the release with a Special Issue with Scala-3-related links from previous ScalaTimes issues, introducing new features or detailing out migration paths.

Keep in mind this is only the tip of the iceberg, you can find much more in the Scala Times archives. Subscribe to Scala Times to be up to the with the Scala news!

A few months ago, we ran the Scala 3 Developers’ Survey and published the results shortly before the Scala largest revision release.

To get a better understanding of how developers feel about this major change in the Scala language, download the full version of the Scala Tech Report here. 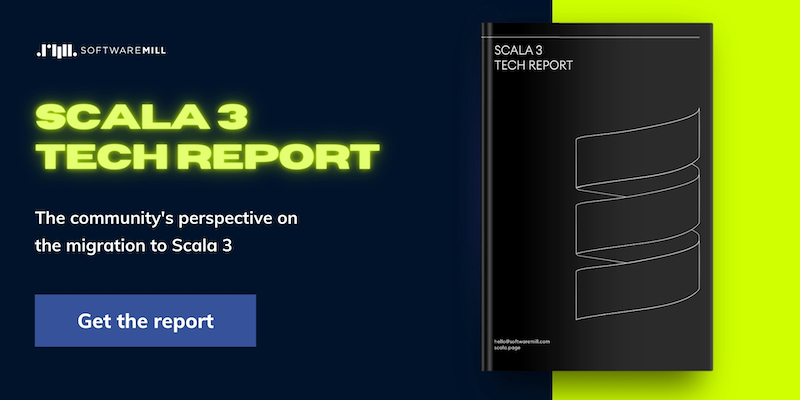 In need of Scala Developers?

We love using Scala to build efficient and scalable software products. Our clients usually approach us with unstable, slow-running systems with scalability issues.

Do you need strong technical experts who will fix, write code from scratch, or consult existing solutions and help to refine them? Let’s talk