The FinTech sector is very receptive to technology trends. It implements innovative technologies fast to design services and add new links in the value chain. On the one side, we have banks, financial institutions and fintech startups competing for top-notch programmers, software engineers and data scientists. On the other side, the talent pool of IT experts available is limited, if not approached globally.

Because of this huge demand financial firms are racing themselves in offering the best salaries for in-house experts or increasingly turning to software outsourcing. Many top fintech software development companies that develop fintech solutions use the Scala programming language. Many job offers for fintech developers require knowledge of Scala. Why is that? 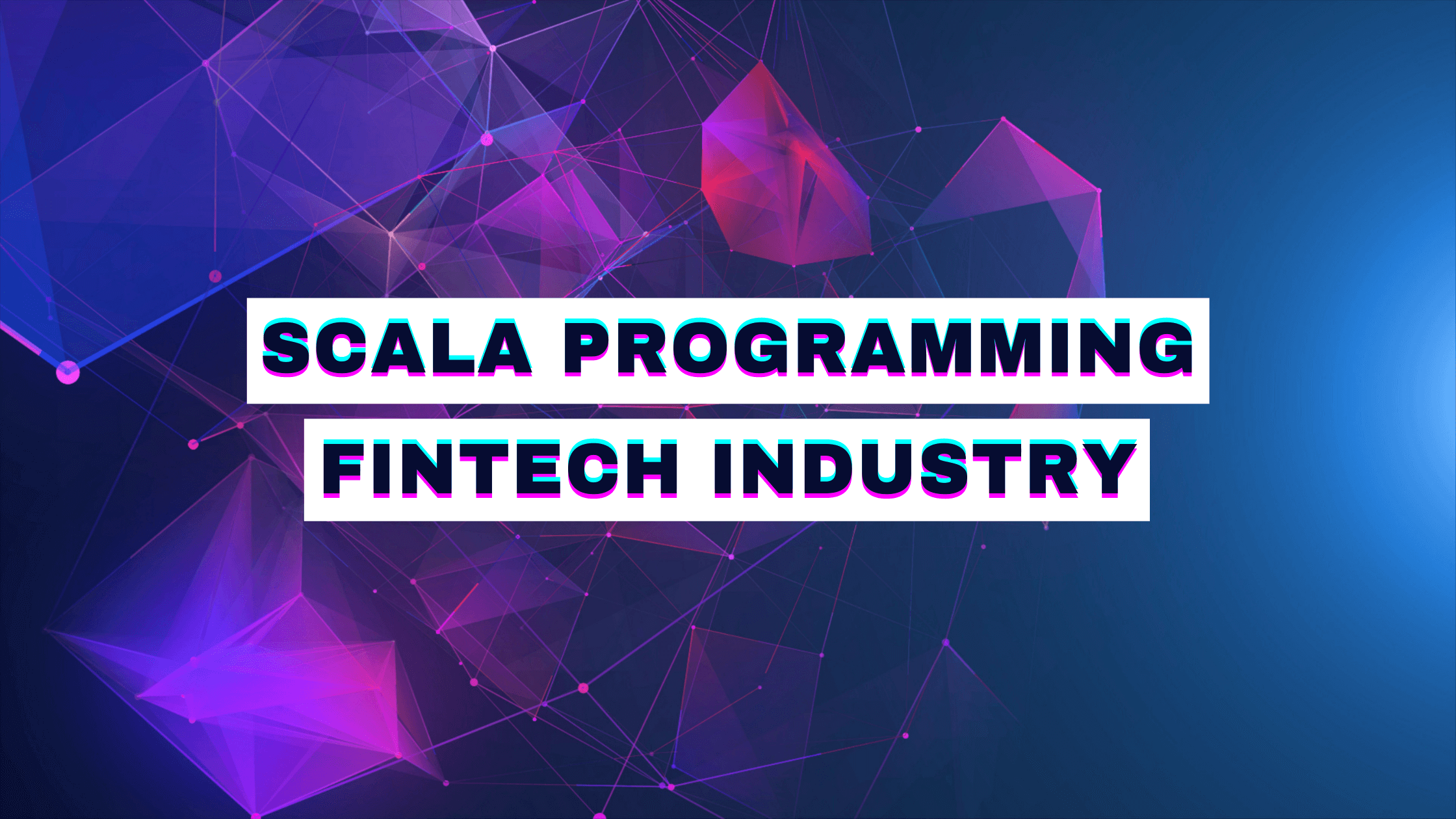 Scala is a strongly typed, functional programming language. A general-purpose one that can be used for a number of use cases, including Big Data, distributed systems and blockchain. Its code is succinct, composable and a great way of creating good software products.

With the rise of platforms like Apache Kafka (a distributed stream processing platform), Apache Spark (the most widely used Big Data processing framework) or Akka (a set of libraries for building reactive and distributed applications) the demand for Scala programmers is skyrocketing further, making Scala the second most in-demand language by the measure of the number of interviews on average over a two-to-six-week period.

Want to find out why Scala is the best functional language to use for business applications and what makes it unique?
Watch the introduction to Scala by our CTO, Adam Warski.

Why is Scala so applicable to a range of specific fintech applications? Developing fintech apps, analysing financial data streams, distributed blockchain solutions or for data science and financial modelling?

Scala is perfect for big projects

Fintech projects are usually long-term, large software projects that operate on vast amounts of data. Scala is good for handling huge amounts of operations, as it’s really productive. It enables developers to reduce the size of the source code by a factor of at least 2 or 3 compared to Java. It simply is a powerful language with elegant syntax.

How does it benefit fintech? Using Scala can save resources and allow modelling difficult business domains precisely with the use of more complex abstractions that come with the functional aspect of the language. Even to perform a simple payment, you have to go through multiple steps and check multiple conditions. Getting these right is non-trivial and requires extensive testing. With Scala you can get a lot of compile-time guarantees which allow you to gain more confidence that the code does what it should.

Scala is a first-choice when building high-profile web applications

Software applications for the financial sector cannot afford failures and need to serve the needs of billions of people. Such tight requirements need proven tools and good design principles.

When developing fintech apps, software engineers need to build systems that are responsive to users, resilient to failure, able to handle huge spikes in load and are message-driven. They need tools and concepts that allow them to ingest data, parse it and then create data pipelines. Such tools and concepts are Event Sourcing, Akka Persistence, Apache Kafka, Akka Cluster or Akka Streams. All of them are supported by, or written using the Scala language.

How Big Data and blockchain are enhancing FinTech

Big Data is also one of the most common use cases when Scala programmers enter the scene, as the most popular frameworks that facilitate big data are developed with Scala.

The key benefit of using the Scala programming language is its type safety. The more type-safe the language is (Scala’s type system is richer than Kotlin’s, which in turn is richer than Java’s), the better it supports the detection of errors while writing the code. Scala supports term inference, higher-kinded types and typeclasses which makes coding in the asynchronous or reactive styles much easier. When the system is being developed, the developers get a lot of compile-time guarantees that prevent them from introducing subtle bugs which could otherwise only be discovered in production. This is the backbone of the modern automated systems that are developed for fintech.

Fintech and blockchain go hand in hand. Blockchain facilitates the needs of the Fintech sector by removing the middleman and enabling significant benefits. With blockchain technologies features like security, transparency and immutability, we could be soon seeing a completely new way of how our economy works. While that is still the matter of introducing global laws and regulations, we are already seeing the rise of private blockchain adoption, where the platform of choice is HyperLedger Fabric.

Blockchain developers often have hands-on experience with Scala. Scala provides a great toolset for programming distributed systems, as there’s a lot of focus in the community on creating libraries focused on concurrency and composing asynchronous computations.

The reason we compare Scala with Java is because both languages are run on the Java Virtual Machine. Some may say Scala is a “better Java” because it merges the object-oriented and functional worlds together allowing usage of both FP and OOP, functional and procedural style.

The popularity of Java paved the way for Scala to come in and offer a more expressive and ergonomic language. Scala comes together with a whole ecosystem of advanced libraries for the development of high-end distributed software systems.

Scala has been around for quite some time now, and the new version of the language, Scala 3, Dotty, is just around the corner, promising to make Scala even better fitted for business software applications.

For the reasons mentioned above, Scala is the most widely used functional language in banks, and most banks have multiple job openings for Scala programmers, e.g. Morgan Stanley, Deutsche Bank, JP Morgan and HSBC. Also a significant percentage of financial development jobs beyond banking institutions list Scala as a skill requirement.

Why to use Scala?

Why should fintech companies consider Scala?

Scala is taking the FinTech sector by storm. From a software consultancy perspective, we could say that we are not limiting our projects to one industry, but out of all projects we’ve successfully delivered, fintech projects are at the forefront. Not without a cause, last year we’ve been recognized as a Top Software Development Firm in the Financial Industry.