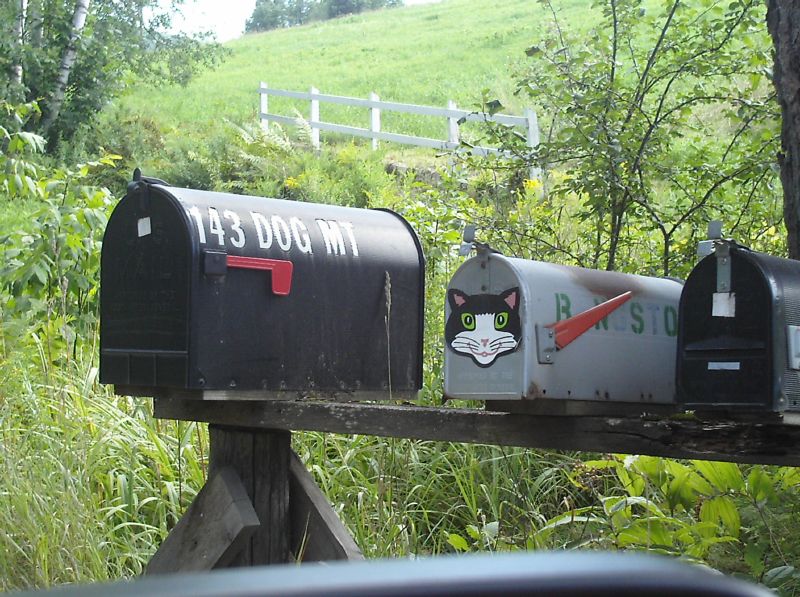 In the microservices world (and not only), more often than not, you need to introduce asynchronous communication between services using some kind of messaging solution. At that point, you can utilize many different available options, starting with RabbitMQ in a single node setup up to a full-blown Kafka multinode cluster. Google Pub/Sub is a Google offering to asynchronous communication available directly on Google’s GCP, not as advanced as Kafka but at the same time easy to use and maintenance-free.

With Google Pub/Sub you have two flavors available, standard - simply called Google Pub/Sub and lite - which is more cost-effective but less available and with a limited set of features. You can for example run Pub/Sub Lite in a single zone, which will make things cheaper but replicate your data only within that one zone whereas Pub/Sub standard guarantees synchronous replication to at least two zones and best effort replication to a third zone.

Google Pub/Sub administration is available together with all the other GCP services in the GCP web console which is very convenient.

Typically, when creating a topic you have limited options available, except for assigning it a name (of course) you can pick an option to have a default subscription created, specify a schema for your messages (created separately), message encoding, and retention duration. For standard day-to-day operations, you just choose a name and you are good to go.

Quick Tip: When creating a topic for a real-world application, take 5 minutes with your team and decide on the naming conventions which you will use across the whole Pub/Sub system to name your topics and subscriptions to those topics in a consistent way - this is a huge advantage when looking up Pub/Sub resources with hundreds of topics and subscriptions.

When you have your topic(s) created where you can send your messages, it's time to create some subscriptions which will be responsible for keeping data on Google’s infrastructure before it will be delivered to your services. With subscriptions, you have a much bigger set of configuration options available (you can even push them directly to Google BigQuery) and we won’t go into all of them but only the most important ones.

A couple of the most important things you need to consider when creating your subscription are:

Except for the aforementioned alerting, you can monitor your subscriptions using a variety of available metrics:

As well as retrieve a subset of your messages from your subscriptions without acknowledging them to see their content.

Although Google provides multiple bindings to all of its services (including Pub/Sub service), together with Java SDK https://cloud.google.com/pubsub/docs/reference/libraries when you are using Scala and effect types there is a nice library available, developed by permutive-engineering called fs2-google-pubsub which allows you to use PubSub with Fs2 streams.

There are two ways you can use this library, either opt for the Google Grpc version or use Http with Http4s and REST protocol. All the differences, pros, and cons of both are listed on the library GitHub website and I won’t copy them over here. In our example project, we will use the Http4s solution which is fully functional and stable.

To demonstrate basic operations with Scala and Pub/Sub I have created a simple Http4s based project available on GitHub: https://github.com/softberries/pubsub-example-scala

Basic flow includes receiving an Order object with an HTTP Post request and sending it over to our Google Pub/Sub topic. Another service called OrderService is continuously receiving any Order messages appearing on one of the order topic subscriptions. This way, you can simply discover how to handle the publisher and subscriber parts in your Scala projects. 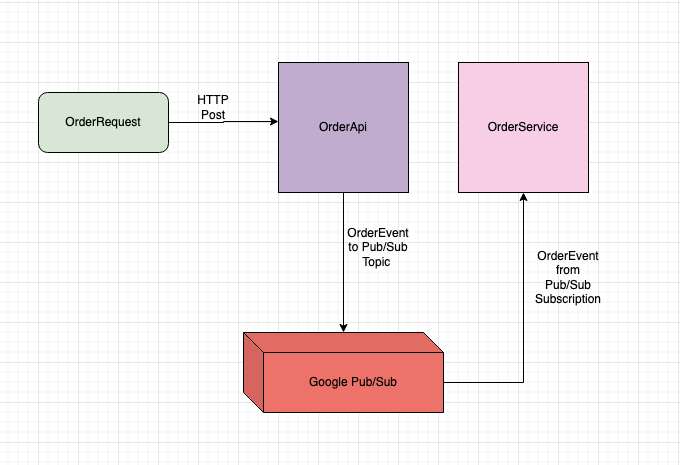 To start off, the first thing we need to do is to declare the topics and subscriptions you have created within the GCP console in Pub/Sub, as well as the location of your key file, which needs to be created upfront to communicate with your Google Pub/Sub instance.

OrderEvent sent between our Scala is a simple case class with a couple of fields defined, plus additional implicit decoders and encoders.

To meet the demands of posting messages to Pub/Sub we have abstracted away the producer creation to a form of a factory which you can use to create many different producers depending only on your topic name.

For the subscriber part you can utilize two classes, one called PubSubSubscriber which you initialize with your subscription name:

Second, analogous to our producers, you have a consumer factory where you create your consumers using the aforementioned subscriber.

In order to create your producer, simply pass a reference to your http client and configuration:

For the consumer part, we glue it together in our Main method and specify the service which will handle the incoming messages:

Make sure all the settings in application.conf are set and run the project with standard sbt run, open up automatically generated swagger docs: http://localhost:8089/docs/ and send over a message on /api/create endpoint.

The message should be received in OrderApi and passed onto the producer which will send it over to Google Pub/Sub. Pub/Sub will then redistribute that message to all defined subscribers for this topic (in our case only one). Once the message is available in our subscription it should get picked up by our subscriber and handled by the OrderService.

Google Pub/Sub can be a very useful tool in your toolbox when architecting a microservice-based solution with asynchronous messaging at its base, and when you don’t want the additional burden of taking care of Rabbit cluster or Kafka to be too big for your needs. It's easy to get started, easy to monitor, and get notified when something goes awry. It's getting more popular with more and more libraries and tools added every year and should be at least considered when planning your next project and/or already utilizing other GCP services.