When we start our adventure with Hyperledger Fabric, we probably don’t think too much about fault tolerance, scaling, data partitioning or other distributed system terms. We just want to get our chaincode up and running. But after some time, the distributed nature of Fabric creeps in, especially when we’re thinking about production-grade systems with much higher load and availability needs. Suddenly, we must switch and think about concepts like replication, sharding. It can be intimidating since Hyperledger Fabric is a complex system and some of its abstractions might be different than well-known Cassandra or Kafka.

In this short series, I’ll try to gather some useful information on the replication & sharding topics. We’ll start with replication - what happens when we don’t have enough peers, orderers and what problems it might cause.

Since we’ll be speaking on a higher level, some basic Fabric knowledge is required:

Let’s meet our basic scenario that we will be discussing and upgrading in every step:

In this article, we will see how a partially broken network affects the chaincode and its invoke or query operations. 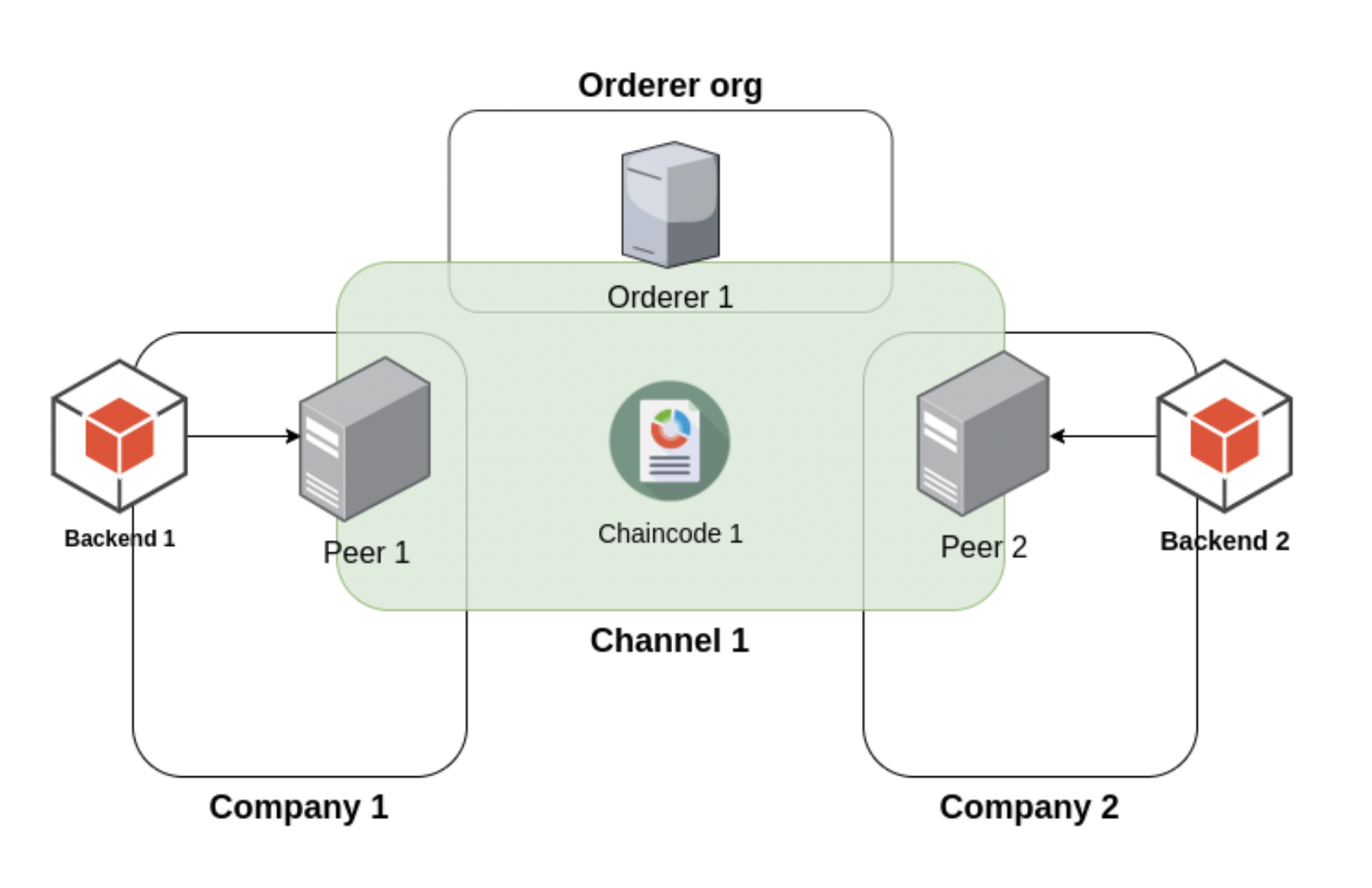 For simplicity, I’ll divide unavailability of a service into two categories. This division is very simplified and not formal in any way, but it's good for the purpose of this article.

A classic example is network failure. The service is up and running, but due to occasional network issues, we can’t connect to it. After some time, e.g. after 2 minutes, it may come back and be responsive again. No data loss in this case. The service might only be a little behind and needs to request data from the last two minutes.

Another example of a Temporary downtime issue is a situation where Kuberentes moves pod to another node due to a partial cluster crash where node pool decreases. Of course, it would be possible if data backups were done right ;)

More serious scenario. It’s possible in the case of peer data getting corrupted or complete disk crash without backup. We must bring up a completely new instance of a peer (or other service) and start from the beginning.

First, let’s focus on peer failures. In distributed systems, every service can occasionally crash and it's a completely normal thing. Peers are no different and our current setup means potential problems in the future.

If we’re not prepared for such situations, both temporary downtimes and long running failures obviously mean unavailability of the network. Slightly different for both crash types.

It means unavailability of the system for a short period of time. And different problems in both companies:

All issues mentioned in the section above will also apply to long running failures, but we will also get more serious problems. Peers are responsible for storing the copy of a ledger, so if we completely lose the ledger replica in Company 2, it’s not good. We could always ask Company 1 to send a copy via some secured channel. But in limited trust cases, it’s not a good idea. Data might have been manipulated. Company 1, for example, could modify account balances or asset ownership.

We need a few independent replicas of data to detect data manipulation. In the case of complete ledger change in one of the organizations:

Lastly, it is worth mentioning that probably most organizations won’t intentionally decide for such a move - companies working on a common goal are by their nature more coupled than individual users of the public chain. Long-running outage of the crucial system means huge money loss, due to e.g. production line paralysis, to all participants.

How to fix it? Scale peers up

Bear in mind that having two peers fixed our example, but is still not enough for production. I’ll soon explain what default we should have.

What happens under the hood?

The gossip protocol is responsible for handling recovery situations - when Peer 2 is back, it asks peers in its channel about ledger updates. To be precise, it asks them about the current block height and if it notices that it’s left behind, it fetches missing blocks. The fetched blocks, before being applied, are also validated against the local replica of data; In Byzantine Fault Tolerant Systems, we must exclude the possibility of fetching blocks from a corrupted peer.

Bear in mind that in the case of big data loss, the process of catching up with the network might take some time. Every block may contain multiple transactions and must be verificated before applying. In the case of peer starting from scratch, it means verifying every block from the genesis up to the latest one.

Lastly, note that one of the purposes of the gossip protocol established between peers is decreasing the usage of Orderer. That way, the Orderer is not overwhelmed by queries from other peers and also it’s not acting as a single source of truth having valid information about blocks. The single source of truth can be easily hacked and we want to disable such possibilities by any means in the Blockchain world.

What defaults should I have?

The basic sane minimum is 3 peers in every organization and every one of these peers should be marked both as an anchor peer and a bootstrap peer. This enables some redundancy and, therefore, proper use of the gossip protocol.

Keep in mind that every peer should be deployed on a different physical machine (node), otherwise it won’t make much sense. If we use modern orchestration tools, e.g. Kubernetes, such a process should be fairly simple - we can define anti-affinity and keep them in different places.

Hyperledger Fabric is meant for companies that desire to host a blockchain solution between them using private infrastructures of their choice. It’s very different from public blockchains where the network is spread all over the world. Fabric is more centralized and often run on two clusters between two companies.

Such a solution is not very different from classical distributed systems where we must consider various fallacies that might happen. First and most important one being distributed ledger loss or corruption, which was covered in this article.

We’ve discussed various unavailability types that might affect peers, described problems that they might entail. We’ve also shown how important it is to have at least two independent replicas of the data hosted by different organizations and proposed some default peer replication factors.

If you liked it, stay tuned for more! In the next episode, we’ll focus on Orderer replication - why it’s important, how it can be achieved, and how Orderers actually store data.